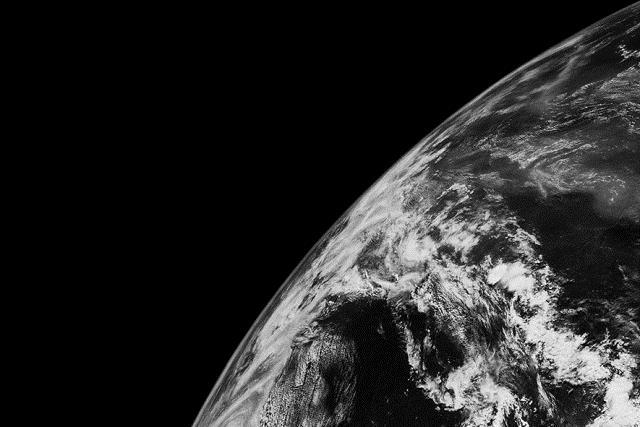 Centre will be produced semiannually and will be distributed throughout the nine-acre project, which includes two residential towers REACH and RISE, two class-A office towers, lifestyle hotel EAST, Miami, and the 500,000-square-foot open-air retail center, which will officially open November 3. In-room copies of the publication will also be distributed in Swire’s luxury properties worldwide, including The House Collective Hotels in Hong Kong, Beijing & Chengdu and the EAST hotels in Hong Kong & Beijing. Aside from Swire’s developments, Centre will be distributed to local Miami newsstands and mailed directly to affluent zip codes throughout the city of Miami.

"Swire's aspiration for the magazine is to bring new content to the publishing arena that represents the new Miami—a city at the forefront of the international stage and a leading hub for culture, fashion and glamour,” said Clare Laverty, assistant vice president of marketing and public relations for Swire Properties. “Surface Studios is the ideal partner for us to realize our vision because it already leads the industry with its vast collection of forward-thinking, global content.”

Jennifer Parker, who previously worked for Bloomberg Television and is the current editor of Surface Studios, will serve as Centre’s editor-in-chief.

The debut issue will focus on the compelling concept of “Space” including content about modern space exploration and its influence on human innovation.

“The greatest luxury of all that we have in this frenetic digital age is time and space,” says Jennifer Parker, Centre magazine’s editor-in-chief and editor of Surface Studios. “What better way to explore that idea than through the universe? To me, outer space represents so much of what we seek to achieve and experience while on Earth: optimism, progress, innovation, and the fulfillment of dreams.”

Highlights of the issue will include a behind-the-scenes look at Miami’s new Frost Museum of Science, an eye-catching deconstruction of designer Hugh Dutton’s CLIMATE RIBBON, a peek at photographer Andrew Zuckerman’s unpublished project using NASA images, and a profile of the intrepid woman behind the Underline—Miami’s 10-mile step toward sustainable transportation. To celebrate the launch of the inaugural issue, Surface Media and Swire Properties are teaming up to host an invitation-only event at Brickell City Centre this fall.

“Miami is a hot market, and there is a hunger for quality magazines to serve its discerning consumers’ needs. Centre will add a unique voice and perspective to Miami’s publishing scene by providing valuable, customized and innovative ideas,” said Marc Lotenberg, Surface Magazine CEO, “When Swire approached us with the project we were more than excited, as they share our vision to work with the best talents from across the globe. In Miami, just like in every market Surface Media touches, we will continue to provide content that matters to our reader and brands that live and breathe quality and luxury. Centre is the new reflection of Miami to the world – international, luxury-focused and sophisticated.”

New York-based design firm Noë & Associates, known for exceptionally refined, complete design solutions, will provide the look of the magazine. Mark Noë and his team of designers are the industry standard for sophisticated aesthetics. Made with premium inks, paper, and cover treatments, Centre will offer an enriching and engaging experience designed for a sophisticated international audience.

Swire Properties Inc, headquartered in Miami since 1979, is one of South Florida’s leading international developers of urban office, hotel and condominium properties. Known for its $1 billion, master&dash;planned development of the island of Brickell Key in downtown Miami, Swire continues to shape the Miami skyline with its latest project, Brickell City Centre, a $1.05 billion, mixed-use complex comprising a gross floor area of 5.4-million square feet, including an underground carpark and 2.9 million square feet of office, residential, hotel, retail, and entertainment space. The company is a wholly owned subsidiary of the publicly listed Swire Properties Limited, based in Hong Kong. For more information, visit swireproperties.us.

Brickell City Centre is a landmark $1.05 billion, 4.9 million-square-foot, mixed-use development in downtown Miami from Swire Properties Inc, one of South Florida’s leading international developers of real estate, known for its $1 billion master-planned development of Brickell Key. The project’s first phase includes a luxury and premium shopping center, two residential towers, a hotel with residences, and two mid-rise office towers. The project is LEED®-registered for Neighborhood Development—currently one of the largest in the U.S. Sustainability elements include the $30 million CLIMATE RIBBON™, a masterpiece of art and science. The elevated trellis will span 150,000 square feet, connecting the project’s three city blocks and acting as a sophisticated environmental management system. As the largest private-sector project currently under construction in Miami, Brickell City Centre began vertical construction in 2013, and the first phase of construction is currently nearing completion. More information is available at brickellcitycentre.com

Surface Media is a storytelling company that looks at the world through the prism of design. With various channels, including print magazines (Surface, Centre, and Watch Journal), websites, social media, live events, and custom publishing, Surface Media sets the standard for quality across a vast range of creative disciplines and industries.

Surface Studios is a creative house that partners with brands to produce distinctive projects that speak to design-conscious individuals. As the custom publishing and native content division of Surface Media, it implements the vast intel that comes through the company's global pipeline.