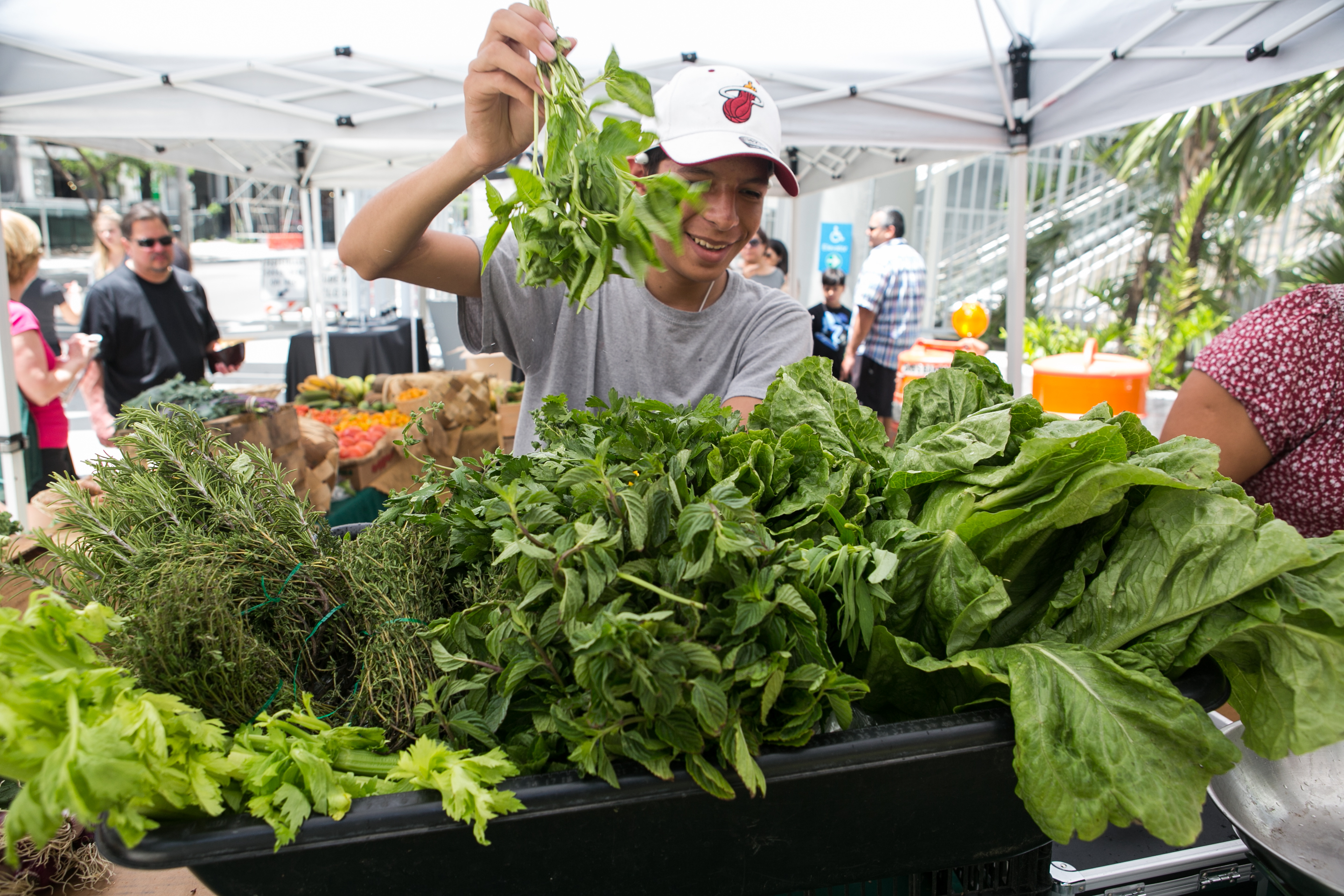 MIAMI, April 13, 2016 – Brickell City Centre, the highly anticipated mixed-use project nearing completion in Miami’s Brickell neighborhood, announced the opening of the Brickell City Centre Farmers Market, which will run every Sunday starting April 17. Swire Properties Inc, the developer of the 5.4 million square-foot project, is partnering with The Market Company, the producer behind some of South Florida’s most popular farmers markets, to create an ongoing weekend affair that will be held adjacent to the excitement of Miami’s newest urban shopping, dining and entertainment destination.

The farmers market will run every Sunday from 11 a.m.-6 p.m. along the landscaped pathway that runs between Seventh Street and Eighth Street, directly underneath Miami’s Metromover track.

“As Brickell City Centre nears completion, we want to continue to build upon our overall vision to transform Miami’s bustling financial district into a true live, work and play neighborhood,” said Stephen Owens, president of Swire Properties. “My hope is that the Brickell City Centre Farmers Market will help create a sense of community that Brickell has not yet seen; a place where neighbors can come together to enjoy the aromas of fresh basil, warm bread and ripe oranges,” he said.

“We are proud to expand our farmers market footprint to Brickell, a neighborhood more known for its international consulates and banks than its local artisans and goods,” said Claire Tomlin, founder of The Market Company. “I think the neighborhood will be excited to taste and learn about the diverse local goods and produce grown right in our own backyard,” she said.

The farmers market hopes to continue growing with additional vendors and cultural programming soon to be announced.

Brickell City Centre is a landmark $1.05 billion, 5.4 million square-foot, mixed&dash;use development in downtown Miami from Swire Properties Inc, one of South Florida’s leading international developers of real estate known for its $1 billion master&dash;planned development of Brickell Key. The project’s first phase includes a 500,000-square-foot luxury and premium shopping center, two residential towers, the 352-room East, Miami hotel and two mid-rise office towers. The project is LEED®-registered for Neighborhood Development – currently one of the largest in the U.S. Sustainability elements include the $30 million CLIMATE RIBBON™; a masterpiece of art and science, the elevated trellis will span 150,000 square feet, connecting the project’s three city blocks and acting as an environmental management system. As the largest private-sector project currently under construction in Miami, Brickell City Centre began vertical construction in 2013 and the first phase of construction is currently nearing completion. More information is available at www.brickellcitycentre.com.

Swire Properties Inc, headquartered in Miami since 1979, is one of South Florida’s leading international developers of urban office, hotel and condominium properties. Known for its $1-billion, master&dash;planned development of the island of Brickell Key in downtown Miami, Swire continues to shape the Miami skyline with its latest project, Brickell City Centre, a $1.05-billion, mixed&dash;use complex comprising a gross floor area of 5.4-million gross square feet, including an underground carpark and 2.9-million square feet of office, residential, hotel, retail and entertainment space. The company is a wholly owned subsidiary of the publicly listed Swire Properties Limited based in Hong Kong. www.swireproperties.us.