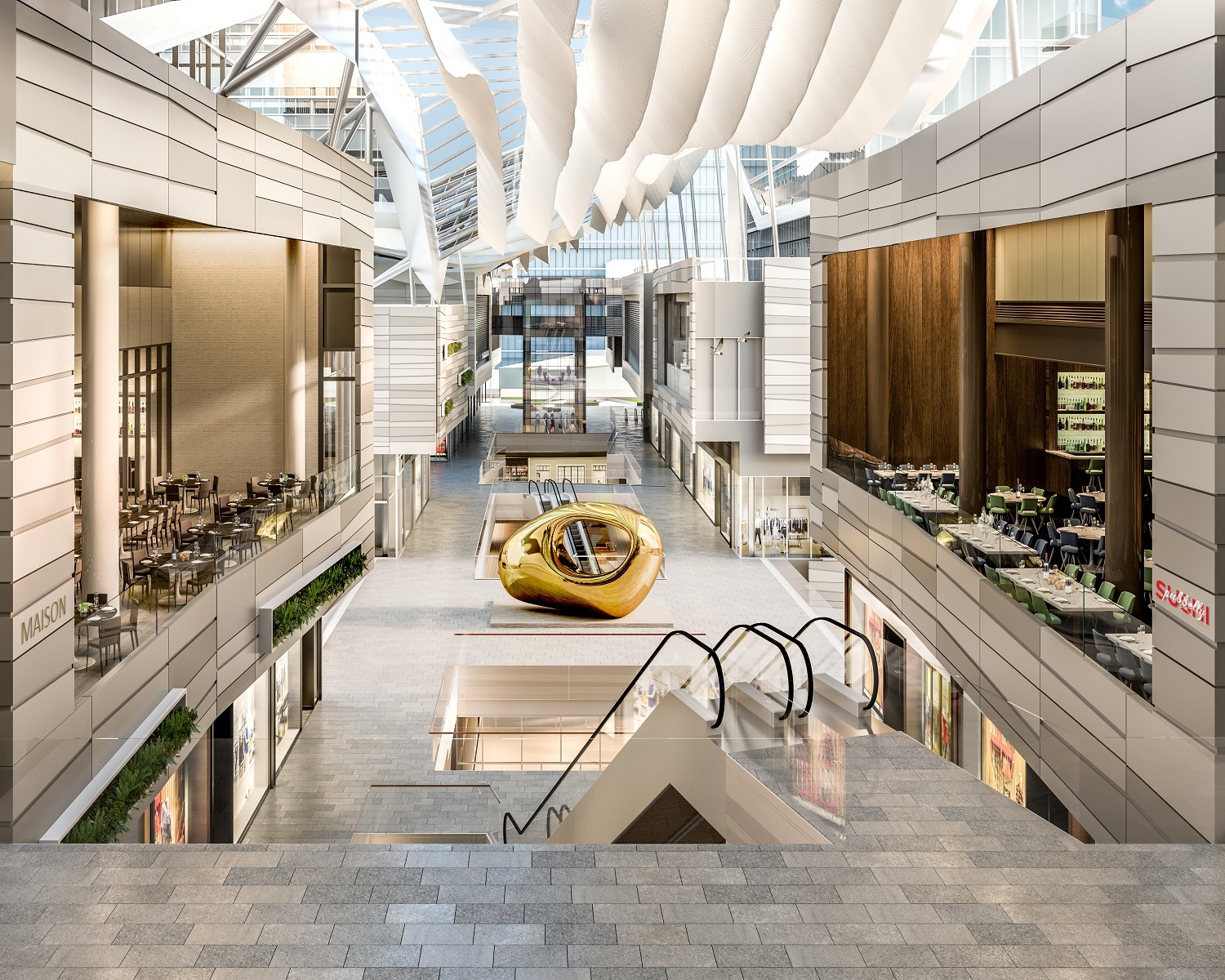 Under the partnership, Swire Properties will remain the primary developer of the mixed-use project, while Simon Property Group and Whitman Family Development will share the role of co-developer for the retail component. Whitman Family Development and Swire Properties entered a partnership in January 2013 to co-develop Brickell City Centre’s 500,000-square-foot shopping center.

Simon Property Group will bring more than 55 years of international experience in the premium and high-end retail market as well as a highly successful South Florida portfolio, having developed a number of premium shopping centers in the Miami area.

“We are delighted to have Simon Property Group join us and Whitman Family Development on this exciting venture,” said Stephen Owens, president of Swire Properties Inc. “Brickell City Centre is on its way to redefining urban living in the Brickell neighborhood, and we feel that this partnership will further enhance its retail component to offer an unparalleled lifestyle experience in Miami. Simon Property Group’s and Whitman Family Development’s expertise and proven track record of success in developing and managing high end shopping centers in the United States promises to broaden Brickell City Centre’s appeal to a wide spectrum of visitors, including Miami’s high-net-worth residents and international clientele.”

“We welcome Simon Property Group to the team and are excited to combine our strengths to deliver a diverse and dynamic retail program for the downtown Brickell district,” said Matthew Whitman Lazenby, president and chief executive officer of Whitman Family Development. “This exciting collaboration allows us to further fulfill our shared vision and bring the right mix to Brickell City Centre,” he said.

“We look forward to working with Swire Properties and the Whitman Family to bring a unique and highly desired shopping center to the Brickell community and urban Miami,” said Richard Sokolov, president and COO of Simon Property Group. “We have already seen strong interest from retailers who have enjoyed great success with us around the country and who are very excited to join us at Brickell City Centre.”

Brickell City Centre has seen several milestones in recent months, including the signing of Saks Fifth Avenue as its luxury retail anchor and the topping off of EAST, Miami hotel, Swire Hotel’s first US venture. The first residential tower, Reach, is now over 80 percent sold, and it was announced that Brickell City Centre will also house the Mexico-based ultra-luxury dine-in theater, Cinemex.

Brickell City Centre is a landmark $1.05 billion, 5.4 million square feet, mixed&dash;use development in downtown Miami from Swire Properties Inc, one of South Florida’s leading international developers of real estate known for its $1 billion master&dash;planned development of Brickell Key. The project’s first phase includes a luxury shopping center, two residential towers, a hotel with serviced apartments, and two mid-rise office towers. The project is LEED®-registered for Neighborhood Development – currently one of the largest in the U.S. Sustainability elements include the exclusive CLIMATE RIBBON™, an elevated trellis composed of steel, fabric and a continuous surface of glass that will connect all components of the development and create a comfortable microclimate for shoppers. As the largest private-sector project currently under construction in Miami, Brickell City Centre began vertical construction in 2013 and the first phase of construction is scheduled for completion beginning third quarter of 2015. A second phase of construction will begin in the first quarter of 2016. More information is available at www.brickellcitycentre.com.

Swire Properties Inc, headquartered in Miami since 1979, is one of South Florida’s leading international developers of urban office, hotel and condominium properties. Known for its $1-billion, master&dash;planned development of the island of Brickell Key in downtown Miami, Swire continues to shape the Miami skyline with its latest project, Brickell City Centre, a $1.05-billion, mixed&dash;use complex comprising a gross floor area of 5.4-million gross square feet, including an underground carpark and 2.9-million square feet of office, residential, hotel, retail and entertainment space. The company is a wholly owned subsidiary of the publicly listed Swire Properties Limited based in Hong Kong. For more information, visit www.swireproperties.us.