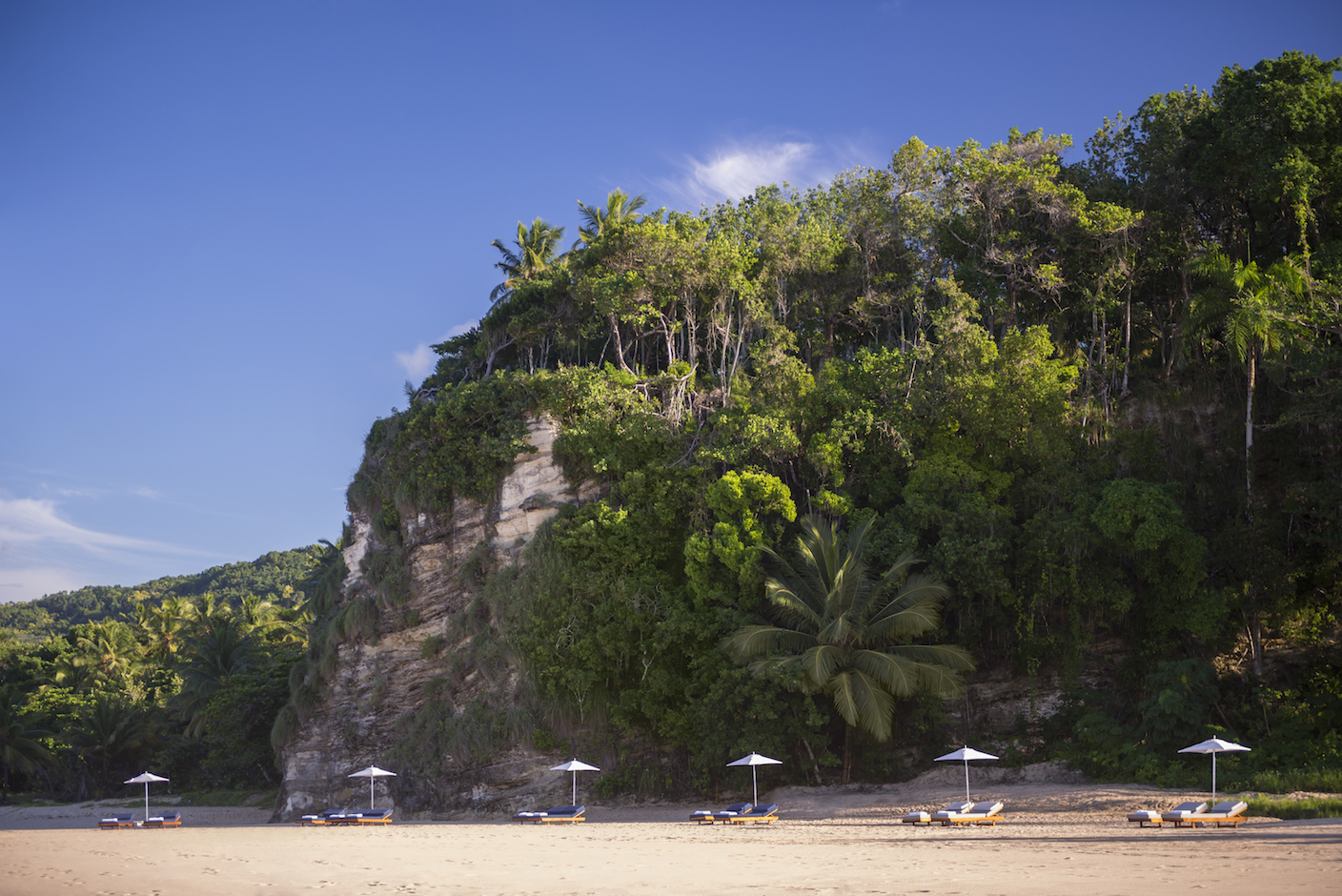 Back to Centre
The Dominican Republic's New Digs

The arrival of new upscale hotels to the Dominican Republic’s north coast is revamping its image as an all-inclusive bacchanalia.
“First time down?” Martin Kuczmarski, COO of Soho House, asks me. We’re in a golf cart being chauffeured back to our casitas from the spa at Amanera, the second Caribbean offering from Singapore-based Aman Resorts. “My wife and I love it here.”
As we twist through the resort’s sloping seaside golf course, originally designed by Robert Trent Jones, Sr. and refurbished by his son Rees, a prodigious concreteand-glass structure emerges into view. We’re approaching Casa Grande, the openair lobby, restaurant, and library, and the beating heart of the property. Indonesian teak accents blend with a network of reflecting streams tracing the outer edges of the third level, a clever substitution for hand railings that allows the building’s linear lines to frame views of the crescent coastline unobstructed. It’s an architectural marvel for a region not exactly known for man-made testaments to ingenuity; the only thing comparable is the brutalist ivory-white El Blok on the Puerto Rican island of Vieques. Just off to the right, a cluster of 25 wood-hewn casitas, with biodiverse roof gardens and private plunge pools, dot a low-lying amphitheater that spills onto the Playa Grande Beach—the area is a premier stop on the kiteboarding circuit—which appears to be inhabited by no more than six people. The scene is an unlikely one: architect John Heah’s austere take on tropical luxury leering over the edge of a 60-foot promontory, presiding over an empty expanse of flaxen sand, with fashionable guests flitting about the grounds in a locale typically associated with spring break. 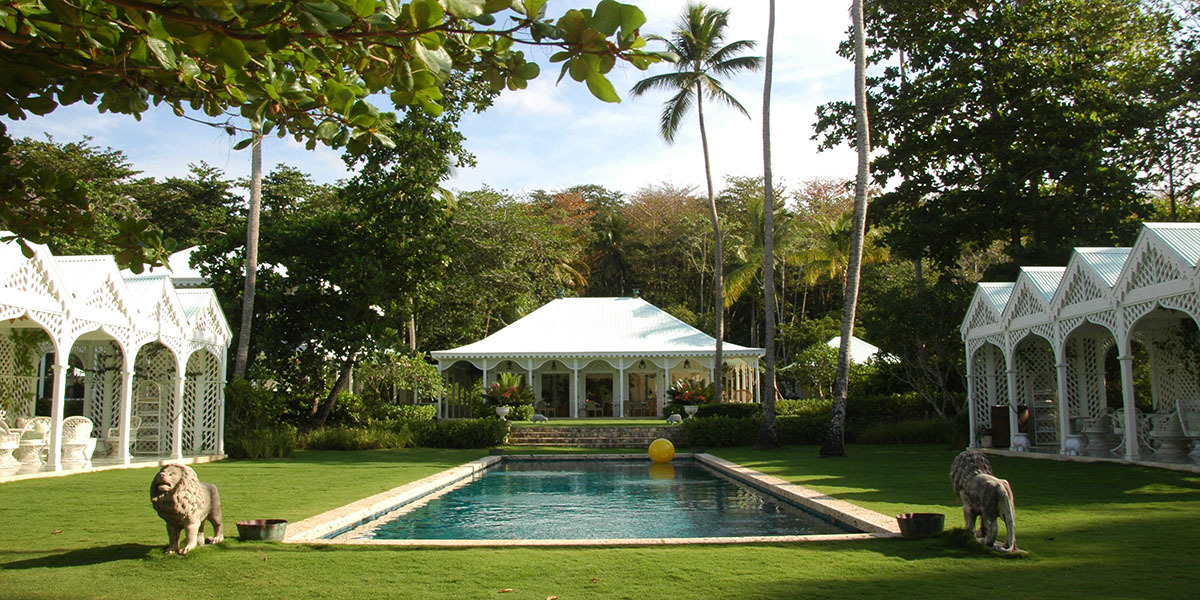 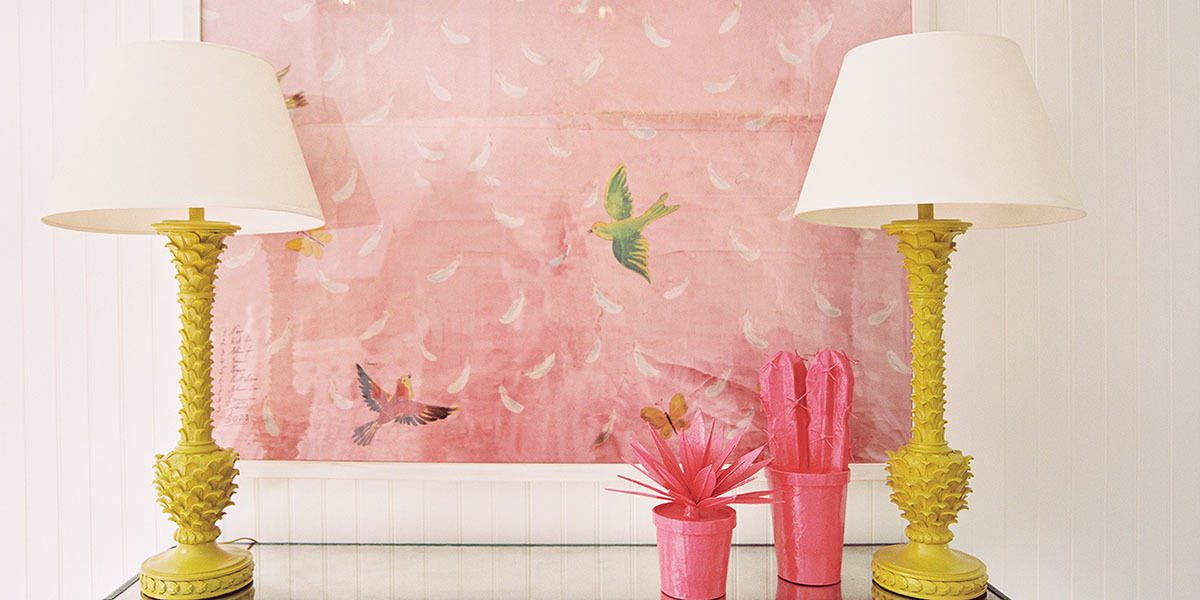 There’s a cell of travel junkies who plan their trips around Aman openings, knowing the brand often blazes a trail to the next great place.
Head to any hotel in the portfolio and guests like Kuczmarski are likely to be there. Celebrities, fashion designers, film producers, titans of finance—all card-carrying members in the fan club, casting the north coast as the Caribbean’s new luxury outpost. If you’re looking for a bellwether, the Amanera is a good place to start. It exists outside the patina of all-inclusives that have been the hallmark of the Dominican Republic for decades, but it’s not the only sign a rebranding effort is underway. 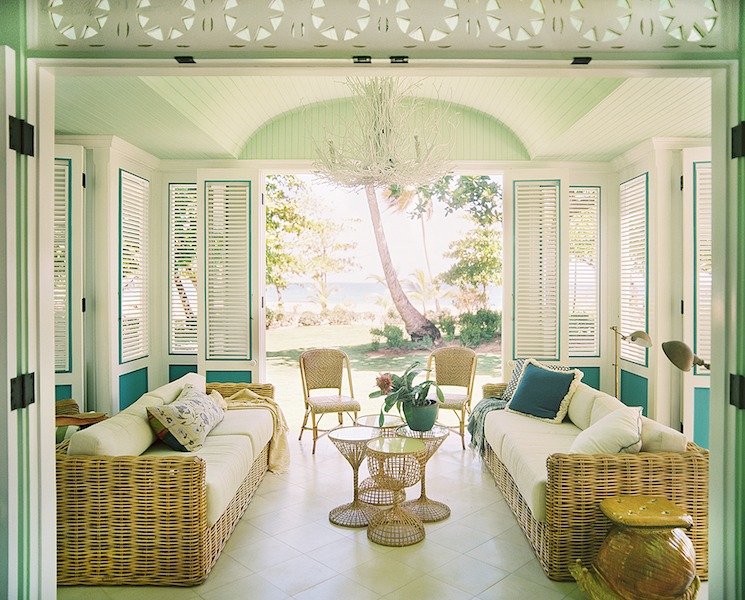 Another view of a bungalow interior. 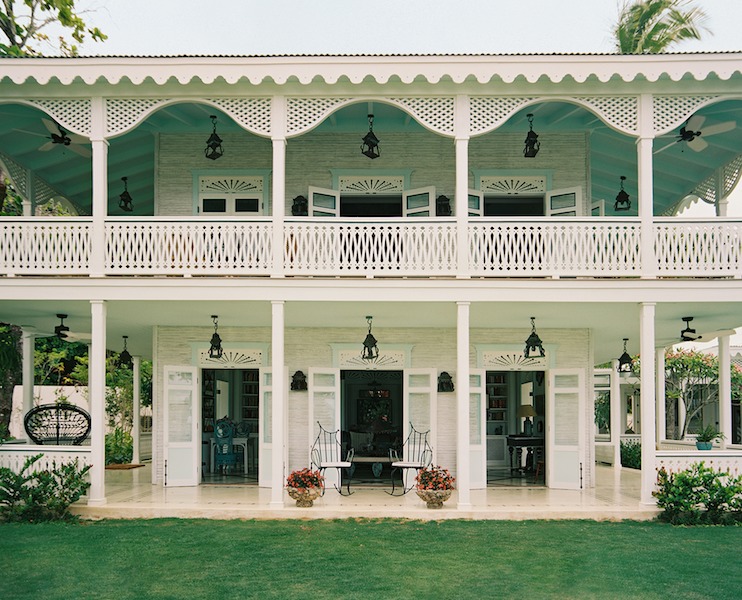 The back exterior of a Playa Grande Beach Club bungalow.

Columbus is often credited as one of the first admirers of the island’s riotous mix of jungle and azure sea—he famously anointed it the most beautiful land mass in the world.
But its rise as a holiday hotspot can be attributed to the battalion of travel agents who helped cultivate a generation of vacation-package visitors. The aftermath is on display toward the easternmost tip, where Punta Cana has steadily held the mantle as the capital of tourist revelry, with the type of self-contained resorts that mark guests with wristbands. But a shift is in motion, says Amanera general manager Rocco Bova, both philosophically and geographically. “The Playa Grande development is an integral part of a change from a long-time all-inclusive destination to one for discerning travelers,” he says. “The north coast is diverse, with untouched beaches and tropical rainforest; more upscale hotel and villa projects are planned.”
At the opposite end of a long, sandy stretch from Amanera, near mangrove forests and sea caves, a New York financier and his wife, Celerie Kemble, an interior designer, assembled a group of prominent investors like architect Richard Meier and news anchor Charlie Rose to fashion a different kind of experience at the new Playa Grande Beach Club. (The couple owned the real estate where Amanera now stands, but sold it to a developer in 2007.) To ensure the local flavor remains integrated, they built small cottages for the beach vendors that hawk jewelry and grilled fish, encouraging guests to wander over for fresh, authentic meals. The results of an annual mask-making contest sponsored by the hotel can be found inside the nine tragaluz (patterned woodwork) cottages, inspired by Dominican colonial architecture, where intricate sea creature faces hang on the walls. “What I love is that we don’t know who made them until the prizes are given out,” Kemble says. “One time it was a 14-year-old girl that came out of the crowd, other times it’s 20-year-old boys.”
Kemble washed the breezy, candy-colored interiors in evocative details: custom wicker furniture, louvered-shutter doors, and freestanding copper tubs. Each one displays an eclecticism infused with a Dominican-meets-Palm Beach flavor, from trellis beds with copper vines crawling up the posters to over 30 different patterns on ceramic-tiled floors. The manicured lawn leads past sea grape and almond trees to the two-story main house, looking out at the lap pool lined with shaded cabanas. It’s comprised of an open-air restaurant that serves seafood dishes sourced from the fisherman anchoring their skiffs off the beachfront and a rum and cigar library on the second floor that functions as a communal living room. One could easily confuse the setting for the buttoned-up British island of Bermuda. Next spring, the couple plans to open treehouse suites on the property’s 2,000- acre tract of virgin rainforest. The vibe feels like you’re staying in the guest house of a stylish friend’s summer home. “We want people to behave like they belong here, not like they’re obeying guest services rules,” she says. “It’s free-flowing and open to the outdoors, and extraordinarily pretty.”>
The interest in the area from major hotel brands extends beyond this idyllic cut of shoreline just outside of Rio San Juan. The gateway to Playa Grande is Puerto Plata, a province an hour and a half drive west, where visitors catch a humble coastal road that passes through tiny beach towns. One of the first is Playa Imbert, where the Gansevoort Hotel Group planted its flag in 2015. Fronting a mocha-hued beach that sweeps for miles into the foreground of the cable cars scooting up to Mount Isabel de Torres, it’s the celebrity-favorite brand’s second Caribbean outpost, after Turks and Caicos. The aesthetic has a South Beach sheen, with 48 sleek suites overlooking the ocean and a cascading pool flanked by oversized daybeds. This fall, a L'Occitane spa will be unveiled, the first stage of a multifaceted plan to create a small village with high-end shops, a salon, and a rooftop lounge. Also in the works: an outpost of The Curtain, a private members club concept debuting next year in London, to be set in the surf hamlet of Cabarete, on the route to Playa Grande.
Further east, in the Bay of Samana, an Isay Weinfeld-designed Four Seasons Resort has broken ground, part of an ambitious, sustainably-minded development called Tropicalia. The mixed-use venture has drawn interest from pop culture stars such as Brad Pitt and Jay Z. For Kemble, the draw is simple: “The Dominican Republic isn’t just a tiny sesame seed island, it’s a large country with industry and culture, and its own sense of identity,” she says, pointing out that many Caribbean islands lack a real culture and have become homogenized because they revolve around tourism. “Here’s your islandy music and your islandy cocktail on an island,” she says. “We’re nestled between two small towns and it feels like you actually visited the country, not just land at an airport and get whisked off.”
Back at Amanera, I’m tucking into cassava root bread and red snapper wrapped in banana leaf in a venue quite plainly named The Restaurant. The mood is subdued, with tables of diners sipping rum from the nearby Ron Barceló distillery and puffing cigars hand-rolled by a master blender at La Aurora’s century-old factory. There isn’t a swim-up bar or discotheque in sight, just the candlelight flickering in the wind and a local musician playing bachata on her guitar. 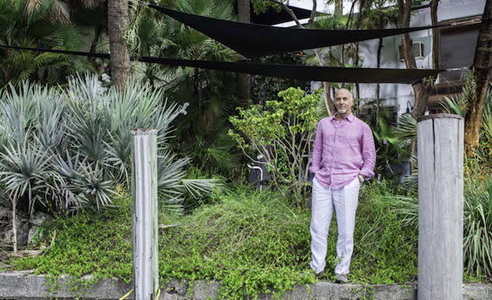 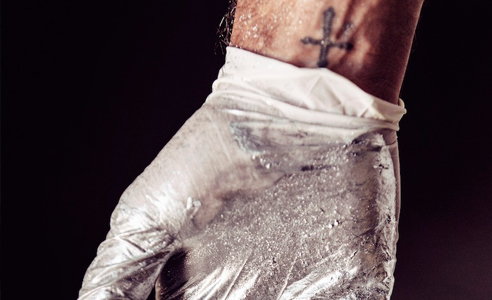